Happy Sunday and welcome back to another interview for our Sunday Interview Series! Today I have the pleasure of introducing you to Danielle Novotney, a newer author of YA and Sci-fi. I enjoyed her interview immensely, as well as her vivaciousness! She oozes excitement and genuine love of writing and reading! If her interview sparks your interest or you would love to know more about her and her works, then follow her on social media. She can be found on Facebook, Twitter, Instagram, and her own Author Website!

Feel free to check out her new book, Remade! 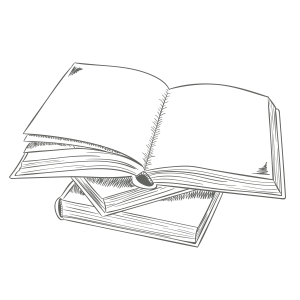 Are you an indie author or a traditionally published author?

I’m an indie author. My first book, Remade, was self-published in August of 2018.

Tell me a little about your writing journey, thus far.

Well, I first started writing in the summer of 2016. I’d been in the process of cleaning out some desk drawers and came across a notebook that I had dubbed “story starters.” These were random scenes or characters that I had come up with and jotted down but never could expand into something more complete. But this time I found a few pages that really inspired me. So I started working on turning that idea into a full book… and it was terrible. I felt like I was forcing each word, and the plot was slowly becoming all too similar to another book I’d read. And then I got the idea for Remade and ran with it. A year and a half later I’d finished my first draft, roped a few friends in to help me edit, and was deciding on a publishing company. I knew that I wanted to self-publish because I wanted to be in charge of the final product. I had strong ideas for how I wanted the content and cover design to appear, and I knew that I could figure out how to make it all happen. I eventually decided on publishing with IngramSpark, and I’ve been working on marketing the final product ever since!

What genre do you write and why?

I write Young Adult / Sci-Fi. My main character, Aliya, goes through a crazy physical transformation, gaining super speed and strength, and instead of trying to make the change magically-explained, I figured it would be fun to put a sci-fi spin on it which really played into the overall plot well.

What are you currently working on?

I’m currently working on the second book in the series as well as a prequel to Remade.

What inspired you to write your books?

What inspired me to become an author: I’ve read books my whole life. There’s an overflowing bookshelf in my room which speaks to just how much I love reading. Besides coming up with the right idea for writing a book, I just hit a point where I felt like I wanted to give back to the writing community. There are so many books and authors that I’ve enjoyed, and I wanted to pay it forward, so to speak. To have someone read something that I’d written and write an essay or blog about it, or insist that a friend read it… I wanted to inspire others the way so many authors have inspired and shaped me.

What inspired my book: I’ve always been a vivid dreamer. One night I had a dream about a young woman who was fighting aliens, but something about her wasn’t quite right. She uncertain of her skills, despite her success in the skirmish. When I woke up, I rushed to jot down the disconnected scenes that I had seen in my dream. And the more I wrote, the more I could see ways of creatively connecting my dream-scenes. The ideas and plot progression came easily (and it was so much fun), and after a while, I realized that I had enough material for not just one book but three!

What are your top 5 favorite books?

Throne of Glass by Sarah J Maas, The Host by Stephanie Meyer, Red Rising by Pierce Brown, Shatter Me by Tahereh Mafi, and Mistborn by Brandon Sanderson.

To me, literary success has never been about making money. Instead, I see it as having people who, for one reason or another, have really caught on to a theme or character in my books that they really connect with. I became an author not just because I had an idea for a book, but because I’ve wanted to find a way to pay it forward to all the authors who have inspired me throughout my life so far. There are characters and stories that I truly admire, and it’s my hope that one day someone will either be inspired by what I’ve written or by my journey so that they can begin their own.

How many hours a day do you write? What is your writing routine?

Because I work full-time and part-time jobs, I’m usually unable to write every day. Instead, I’ll try to grab a few weekday evenings (even if those are just for an hour or two) and a weekend day (with as many hours as I can get around other life responsibilities).

While I don’t have a solid routine, I’d say that I have certain smaller habits that I follow. I like to write while sitting on my bed or seated at the kitchen table, and I really try to write chronologically. I’ll outline as much as possible – but I don’t get into smaller details such as small talk or every detail about a certain setting. And then I just go! I’ll write until I get interrupted with real-world responsibilities or I run out of ideas for a certain section.

If you could have been the original author of any book, what would it be and why?

I would have loved to be the author of Throne of Glass. There are so many things about this book (and series) that inspired me. The main character is sassy and goes through such incredible character growth, the romances written throughout the series are incredibly realistic for a fantasy world, and Sarah J Maas’ ability to write foreshadowing so smoothly that you’ll almost miss it is mind-blowing. Even in just the first book of the series, Maas creates a complex world and establishes the rules of this world’s magic system all without having blocks of text explaining the setting.

What advice would you like to give to aspiring authors?

Never give up. I know how commonplace that is as far as advice goes, but seriously, don’t give up. If you feel inspired to write a book, don’t let anything hold you back. The passion and time it takes to write is immense, but it’s also one of the most rewarding experiences you will have. And if you get stuck, you’re never alone. There are so many great resources available for aspiring writers and authors in various stages of publication. Two of my favorite resources are thebookdesigner.comand forums on Goodreads. They have advice on writing, editing, promoting – you name it, these two sites will have it. So really, don’t give up – you’ll thank yourself for pushing through to the finish line.

This site uses Akismet to reduce spam. Learn how your comment data is processed.

Alyssa Rose has always been an avid reader and has a passion for writing. She writes YA fantasy/fiction. When not writing, Alyssa can be found teaching her students to have a love of literacy and books. She also enjoys spending time with her husband, two cats, and daughter. She can be found on social media, too. Feel free to follow her on Facebook, Goodreads (under Alyssa Rose or Binding Fate), and Instagram.