Happy Sunday!! I’m pleased to be here and sharing with you our 11th interview…wow! I cannot believe we have shared that much with each other already. For today, I will be introducing you to Indie Author, Fran Laniado. Below is the picture of her first book, Beautiful. I don’t know about you, but it sounds like something I would enjoy. Who knows, we may just find it on my Book Review blog. Now, if you are interested in her book, Beautiful, learning more about Fran, or seeing what she’s working on then follow her on Amazon, Facebook, Goodreads, Instagram, Twitter, and her Author Website! 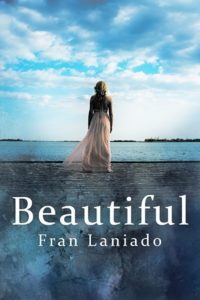 Are you an indie author or a traditionally published author?

Indie. For a long time I didn’t think I’d publish that way, but after I wrote my manuscript, I looked into traditional publishing and I realized that it could be years before my book ever saw the light of day. I didn’t want to wait that long once the book itself was finished.

Tell me a little about your writing journey, thus far.

I’ve always loved books and stories and I’ve always written in some capacity. But for a long time, I stuck to short fiction. About five years ago I had a bit of extra time one November and decided to do National Novel Writing Month (NaNoWriMo) For those who aren’t familiar the object is to write a draft of a novel during the month of November. The fact that it didn’t have to be a GOOD draft was very freeing! I wrote the earliest draft of Beautiful during that month and then spent the next four years or so rewriting it, on and off. Once I had something that I felt was decent, I started looking into publication.

Do you write under a pseudonym? If so explain why.

No. I know that there are good arguments for doing that, and I don’t say I never will, but with this, I wanted to use my real name. I wrote a book and I wanted people to know!

What genre do you write and why?

Right now I write fantasy. I’d love to branch out into other genres someday, but for now, this is where I feel comfortable. I’ve always loved fairy tales and I like being able to sort of live in that world. I like having complete control over what happens in the world and not being bound by what’s possible in reality. There still needs to be internal logic in a fantasy world, but it doesn’t have to be the same logic that our world needs.

What are you currently working on?

I’m writing my second novel. It’s set in the same fictional universe as my first, but it features different characters and events. It’s inspired by Hans Christian Anderson’s The Snow Queen as well as some folklore from around the world.

What inspired you to write your books?

Hmmm, that’s a tough question! I think that it’s actually a combination of things. One element is that it is that it’s the opportunity to use my voice, to make myself feel heard in a unique way. But I think that different books have different inspiration. For example, with Beautiful, I was reacting to some trends I’d seen in YA fiction. Particularly in fantasy, I’d seen some troubling romantic stories play out. I wanted to write something that had two fully realized characters who don’t fall in love at first sight, but rather grow together. I also think I was also reacting to the notion that fairy tales frequently feature damsels in distress. That’s certainly true in some stories and some versions of certain stories. But frequently they feature women who are learning about their power and what it means. That’s something I looked at in Beautiful and in my current work in progress.

What are your top 5 favorite books?

This is another tough question. I’m not sure what “top 5” means really. Are they the 5 best books I’ve ever read? The 5 I’ve enjoyed the most? I’ll give 5 that I’d recommend to readers of my work:

The Bloody Chamber and Other Stories by Angela Carter

Daughter of the Forest by Juliet Marillier

The Fire Rose by Mercedes Lackey

All deal with similar themes and ideas in different and unique ways.

With my first novel, Beautiful, I decided that I’d consider it “successful” if a few people read it an enjoyed it. So according to that definition, it was successful, but I do wish I’d been more specific regarding what “a few” means! For my second book, I’d like to expand my readership a bit. I’m not saying I want to sell a million copies (though I certainly wouldn’t mind…) but I’d like to attract some more readers who enjoy it and are inspired to check out my other work.

How many hours a day do you write? What is your writing routine?

It varies. I don’t always write every day. I know that people say that writers write every day. I try to, but some days its more doable than others for many reasons. I find that on days when my writing doesn’t flow, it’s often better to put it aside and do something else. Inevitably it will start to flow again.

I tend to be pretty unstructured in my writing. I don’t outline or anything. I often have an idea of what a book will be like, but I’m open to surprises. Sometimes a story will take you in directions you don’t expect. I don’t always write in a straight line either. I’ll start at the beginning, but if I have a great idea for a scene at a different point in the story, I’ll skip ahead and write that. In most aspects of my life, I’m a planner. I like to know where things stand, but I’m more adventurous on the page!

If you could have been the original author of any book, what would it be and why?

Wow, I don’t think I’ve ever been asked that question before. It’s a hard one. My instinct is to say, Harry Potter, because then I’d never have to worry about money again! Also, I’d love to write something that’s influenced so many people and created so many enthusiastic readers! But I also don’t think I’d want the kind of fame that JK Rowling has, and the expectations that she deals with whenever she has a new book out.

What advice would you like to give to aspiring authors?

Bury a potato the size of your fist, three feet deep on the top of a mountain beneath a full moon. Once the potato is buried, walk around that space in a counterclockwise circle three times, reciting the alphabet backward.

Yes, I’m kidding! I wish I had a great answer to this question but the only advice I have is to read and write as much as possible. And be open-minded. Sometimes we tend to make assumptions that a certain book or genre isn’t for us, without really knowing much about them. I knew that I’ve done that. But sometimes checking into something we don’t think we’ll like is where the magic happens.

This site uses Akismet to reduce spam. Learn how your comment data is processed.

Alyssa Rose has always been an avid reader and has a passion for writing. She writes YA fantasy/fiction. When not writing, Alyssa can be found teaching her students to have a love of literacy and books. She also enjoys spending time with her husband, two cats, and daughter. She can be found on social media, too. Feel free to follow her on Facebook, Goodreads (under Alyssa Rose or Binding Fate), and Instagram.